The research for Monsoon Assemblages was undertaken in South and South East Asia, with a focus on four cities: Chennai, Delhi, Dhaka and Yangon. These cities were selected because the meteorological forces of the monsoon are qualitatively different in each of them and experienced and embedded in urban life in different ways. Chennai, Dhaka and Yangon were studied by the contracted MONASS research team while Chennai and Delhi were the focus of PhD study. As the project progressed, other places emerged as significant – Ladakh, Kanyakumari, Hpkant –  and were incorporated into the project in different ways.

Chennai, on the east coast of India, is the country’s third largest city with a current population of 9 million people. It is dependent on reservoirs fed by the northeast winter (Oct-Dec) monsoon and frequently faces water scarcity, ground water depletion and water conflicts. It is also vulnerable to cyclone and tsunami activity from the Bay of Bengal.

Delhi, India’s capital city, with a current population of 21,7 million, lies inland on the Indo-Gangetic Plain where the southwest summer monsoon usually arrives at the end of June. It is vulnerable to ground water depletion and water shortages and has recently experienced extreme pre-monsoon heat and the late arrival of weak monsoon seasons.

The Delhi Ridge from Tughlaqabad Fort. Photograph by Harshavardhan Bhat.

Dhaka, the capital of Bangladesh, is currently a city of 14,5 million people located on the Buriganga River at the lower reaches of the Ganges delta. It is dependent on ground water replenished by rainfall brought by the south-west summer (June-Sept) monsoon and has experienced severe flooding, drainage congestion and heat stress three times over the past 20 years. It is also at risk from cyclones and storm surges. 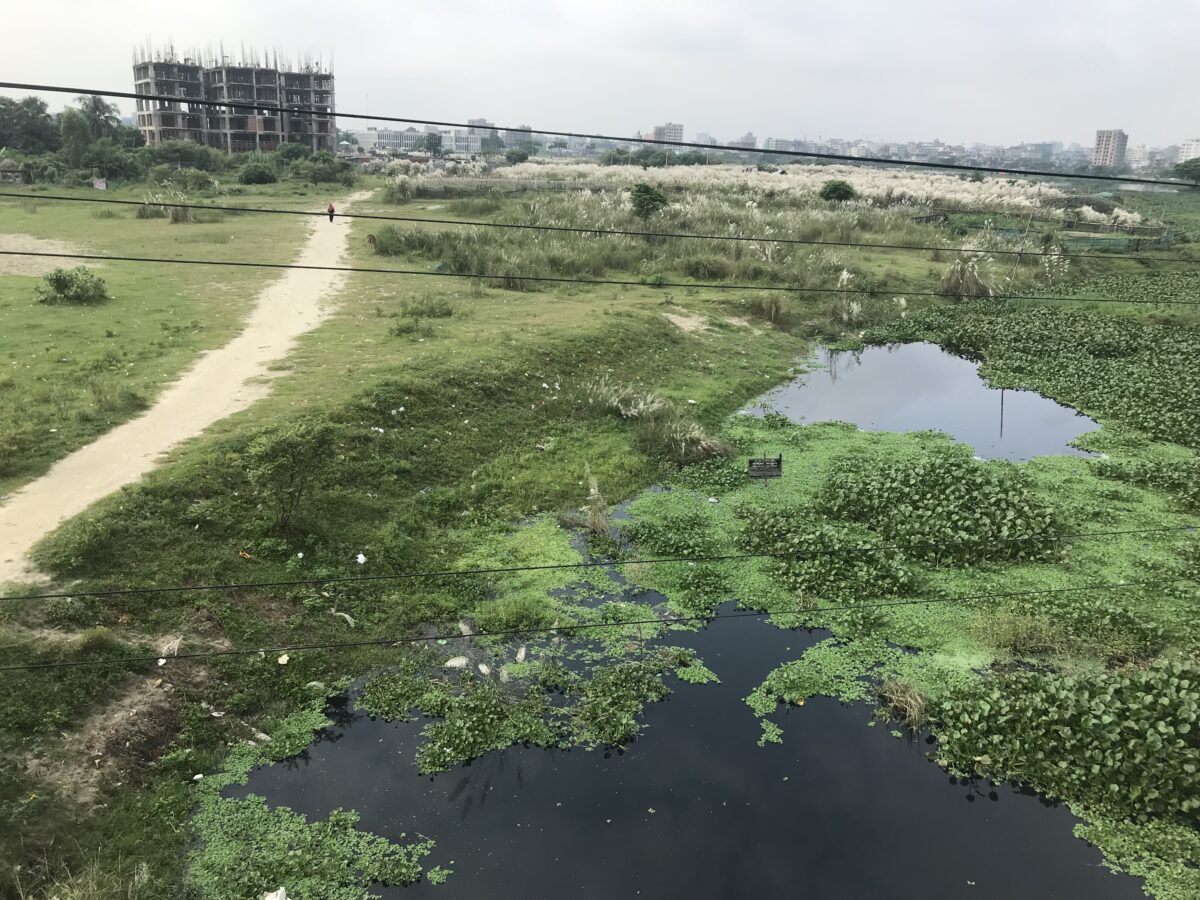 Yangon lies at the southern tip of a laterite ridge that elevates it above the low-lying alluvial floodplains  of the Ayeyarwady River delta. It is impacted by both the South Asian and the Southeast Asian monsoons, experiencing rainfall from May until October, when its low-lying districts are frequently flooded.

The following is the Introduction to Monsoon as Method, Assembling Monsoonal Multiplicities, the edited volume by Monsoon Assemblages, published by…

Monsoon Assemblages was a research project funded by the European Research Council (ERC) under the European Union’s Horizon 2020 research and innovation programme (Grant Agreement No. 679873)

Monsoon Assemblages was an interdisciplinary, practice driven research project that draws on the environmental humanities, the natural sciences and spatial design. Read more